The story of this truly remarkable restoration was very well captured by filmmaker, Alison Langley, in her documentary “NY 40 MARILEE: Restoration of a Herreshoff Classic”. The Herreshoff NY40 is one of the most admired designs of all time. This classic design represents the genius and artistry of Captain Nathaniel G. Herreshoff – a name that truly exemplifies and frames American yacht design, building, and innovation.

As one of the MIT’s earliest students, N. G. Herreshoff (MIT Class of 1870) set new standards in design and manufacturing, realizing remarkable influence and success over a 75-year career. His legendary design genius, engineering innovations and manufacturing efficiency led to the production of six America’s Cup winners and hundreds of other highly regarded vessels. Nathaniel, and his older brother John B, founded the Herreshoff Manufacturing Company in 1878. Among the many accomplishments to their credit was the design and build of every Americas Cup winning yacht from 1893-1934. Those yachts that defended the Auld Mug truly defined the limits of engineering, materials, and technology, much like the NY40’s.

Nathaniel Herreshoff’s aim, when designing the NY40 class, was to construct a boat that was able to excel on the racecourse, while being comfortable for cruising. The previous Herreshoff New York Yacht Club classes were tailored for racing and required many crew members to operate and race. There was a desire, at the time, for slightly smaller boats that required fewer paid hands, and that would have Corinthian skippers. Herreshoff’s response to these sentiments was the twelve forties launched in 1916 that had much different proportions from the preceding Herreshoff NYYC classes. Initially, the lines of the boats were criticized. Their wide beam, and high freeboard for accommodations were a completely new style. The forties were referred to as “flying saucers”, and, despite their new proportions, they quickly proved to be quick around the racecourse.

The class saw just two seasons of racing before World War One put a halt on sailing. Play resumed by the summer of

1920, and in the six summers that followed, the NY40 class design proved its dominance on the racecourse. The class traded the nickname “flying saucer” for “fighting forty”.

In the spring of 1926, MARILEE, the first of two additional forties was launched. She had a fresh, custom coach house, and a larger cockpit than the earlier forties—attributes that continue to give her a distinct, signature silhouette. In the years that followed, the forties cruised and raced inconsistently.

In 1933, MARILEE was given an engine, and a few of the forties, including MARILEE, traded their gaffs and massive sail areas for more easily manageable Marconi rig setups. Though the boats were lightly constructed, and the popularity of the class faded, through luck and love, a few survived the times.

Fast forward nearly 80 years, MARILEE was most recently acquired in the spring of 2014, and while sailing that summer season the restoration plan was developed. Extensive research of Herreshoff archives with Kurt Hasselbalch at MIT and architect Ed McClave led the team to select boat builder Todd French of French and Webb in Belfast, Maine. The restoration was a massive undertaking requiring two winter seasons, 2014-2016, and with MARILEE campaigning in the summer of 2015, the restoration would be conducted in two phases. The partial list of items addressed included: 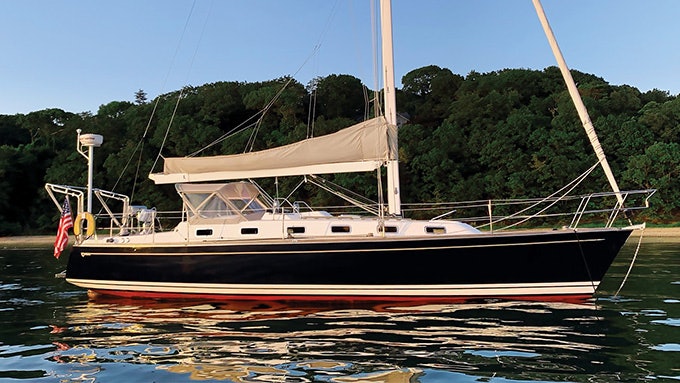 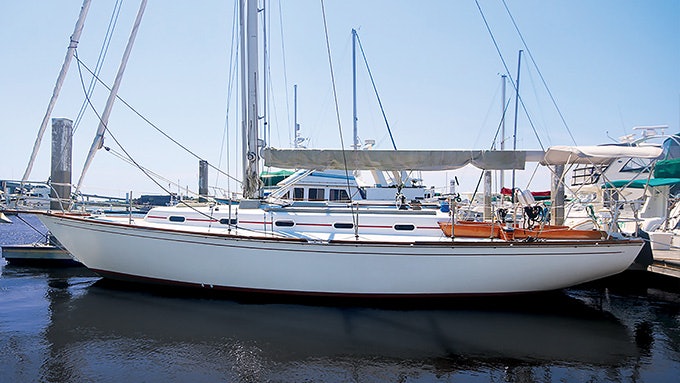 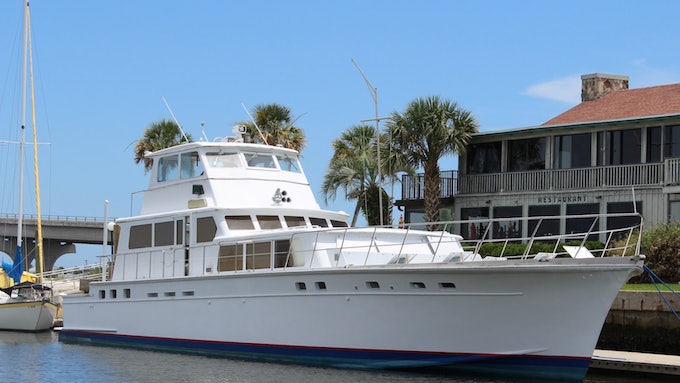